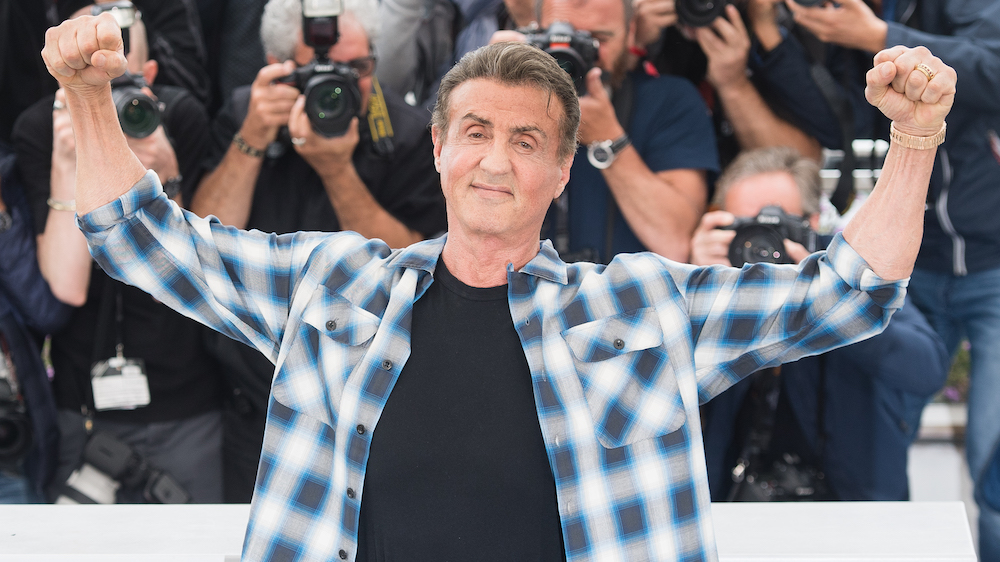 Sylvester Stallone has dropped a massive mansion into the ring in the exclusive Beverly Park enclave of Beverly Hills for the heavyweight price of $110 million, Variety reported.

The upscale abode is on a cul-de-sac at the end of a long private drive. The contemporary Mediterranean sits on 3.5 acres, with views to Rodeo Drive and beyond. The sprawling space includes eight bedrooms, nine full bathrooms, and three half-bathrooms, on 21,000 square feet.

Built by the actor after he bought the land, reportedly in the 1990s, the mansion offers an array of custom amenities. The actorâs likeness can also be spotted in artwork and decor throughout the spread.

The two-story entry steps down into the formal living room. The main level also features two powder rooms, a formal dining room, a massive kitchen, a breakfast room, and office.

Naturally, the movie starâs pad has a professional theater, as well as perks like a gym, a cigar room, and a jaw-dropping bar with floor-to-ceiling, steel-framed French doors that open to a putting green and landscaped grounds.Â

The main house has a lavish master suite with sauna, steam, and an office with a terrace.

Thereâs plenty of room to house visitors, thanks to a two-story, two-bedroom guesthouse with kitchen, designed by Richard Landry, an architect favored by celebrities.

Outside, the large lot offers a patio, infinity pool, and spa. An eight-car garage and an art studio complete the property.

Along with the bespoke abode, Stallone will leave behind such neighbors as the pop sensation Justin Bieber, the Oscar winner Denzel Washington, and the âModern Familyâ sitcom star Sofia Vergara.

Stallone may have found his Southern California mansion âexpendable,â now that heâs bought another impressive property in South Florida.

He reportedly bought a Palm Beach compound in December, paying $35,375,000. The waterfront estate includes a main house, a guesthouse, a large pool, as well as a boat dock suitable for a yacht.

Stallone also bid adieu to his desert escape in La Quinta, CA, last spring. He quickly unloaded the golf getaway for $3.15 million, just a month after placing the four-bedroom abode on the market for $3.35 million.

The transaction was something of a body blow for the actor’s wallet. He had picked up the property in 2010 for $4.5 million.

The action movie star is best-known for the movie âRocky,â which he wrote and starred in. The hit “Rocky” movies also spawned the spinoff âCreed.â Stallone wrote or co-wrote and starred in both the âRamboâ and âThe Expendablesâ franchises.